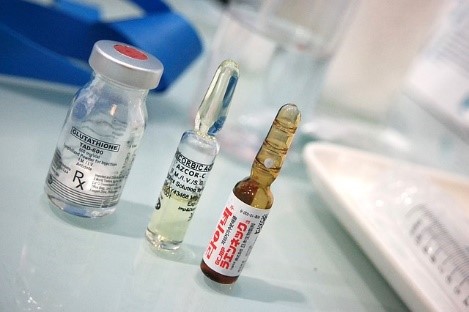 We humans are complex beings. We have physical bodies made up of many complex systems. Our bodies respond to and are changed by the thoughts we think, chemicals in the environment around us, and the experiences and social interactions we have. And it matters what developmental stage we are in when certain things happen to us. If I experience the death of a parent when I am 50 years old, it impacts me very differently than if I experience the death of a parent at age 5.

I get the privilege of speaking to many wonderful people who are struggling with emotional and physical pain. I repeatedly hear stories of how people are way too quickly diagnosed and given prescription medications without the prescriber taking the time to really understand the complex human in front of them. I am not bashing Doctors – the current medical and insurance system is about profit and not true care and the care Doctors can offer is restricted by this system if they take insurance. I will save that rant for another day.

One woman I recently met was given a diagnosis of bipolar disorder and put on rather sedating and strong medications. I asked her if the diagnosing provider had spent time asking her what was going on in her life at the time. She said they had not. They asked her a few questions in the span of about 15 minutes, gave her the diagnosis, and wrote her a prescription. 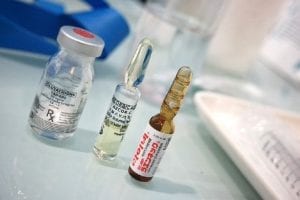 So, I asked her what was going on in her life at the time of this event, and prior. She started off telling me that she had been a victim of childhood sexual abuse. She had blown the whistle on her perpetrator when she was 8 years old, but her family refused to believe her. So, he was allowed to continue abusing her and she got the message that she was not going to be believed nor protected. She came to believe that she wasn’t worthy of love and she was all alone in the world.

Then, as often happens with childhood abuse survivors who don’t get the help they need, she grew up and married an abusive husband. They had four children. She was the breadwinner of the family and he repeatedly blew all the money through his gambling addiction, frequently stayed gone for days at a time, and had multiple affairs.

During the time of the “breakdown” that took her to this Doctor’s office, she was pregnant with their fifth child, had just received a promotion that included a substantial increase in responsibilities, one of her children had been diagnosed with an autoimmune condition, and her dearest friend, the one who helped her balance her life, died unexpectedly in a car wreck. And of course, her husband was continuing to be the drain on her life he had always been.

Her “breakdown” consisted of the following symptoms: She had bouts of anger and uncontrollable crying after she put the kids to bed at night. This interrupted her ability to sleep, so she had gone for weeks only getting 3 to 5 hours of sleep per night, and the night before she ended up in the Doctor’s office, she didn’t sleep at all. She got the kids off to school and on her way to her office she had a panic attack. She couldn’t catch her breath and she thought she was going to die. She heard voices inside her head telling her that everybody would be better off without her. It scared her so much that she pulled her car over and called a friend who came and took her to her Doctor’s office.

Her Doctor worked her in quickly, but then spent 15 minutes with her, told her she had had a psychotic break and diagnosed her bipolar. He told her that because she was pregnant they would have to prescribe her one medication and after she delivered they would need to change to a stronger medication. 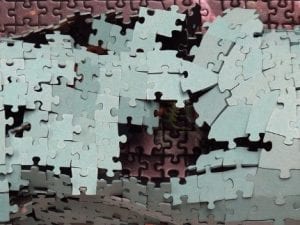 No one ever asked her about the events going on in her life.

Finally, after she had her baby, she got tired of the ever-increasing side effects and the growing list of strong medications her Dr. kept putting her on. That is when she began searching for drug free treatments on the internet and found us.

As I began asking her questions about her history and about the events and circumstances surrounding her bouts of sleeplessness and panic attack, she looked at me wide-eyed, and tears began to stream down her face. When she finished telling me all she had been through and the difficulties in her life at the moment, I looked at her and said, “Do you think the anxiety, mood struggles, sleeplessness, and the panic attack might have been related to your history and current circumstances finally building up to a point where your body was crying out for some healing attention?” She stopped crying and said, “I never put all that together! Yes!”

I then began to ask her about her diet, her stress management practices, her sleep and exercise habits. She didn’t have any particular habits in all these very important life areas. She understandably just lived from moment to moment trying to make sure her kids got to school and had their basic needs met, and then the rest of her energy was devoted to her job. Not only was her husband of no help, he was a continual stressor in her life, draining her financial and emotional resources.

She and the kids ate a lot of processed, fast food because she couldn’t find the time to grocery shop and cook. The kids were great kids and she loved them dearly, but they were all pretty hyper and unfocused and the teachers were pressuring her to put them on ADD medication. (One would think that teachers have no right to suggest such a thing, and they don’t, but this is NOT uncommon – so parents, beware – your kids’ teachers are not qualified to make such a statement!)

In addition to doing neurofeedback to help re-regulate her brain’s habits, we began to work with her by helping her create a healthy and doable lifestyle. She began grocery shopping and involving the kids in cooking healthy, unprocessed foods. Every Saturday afternoon they prepared foods for the week together and it became a fun and bonding time for them. 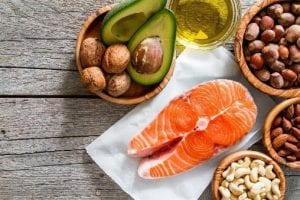 They began taking nightly walks together and doing some short burst exercises that required no special equipment and helped build muscle and even brain power. We taught her how to protect herself and her children from the harmful effects of blue light technologies that negatively impact sleep, mood, and the body’s healing capacities.

We helped her establish a consistent night time routine, got her and the kids on some basic supplements for brain health and overall wellness. And we taught her a short but very effective meditation technique and showed her how to use it as a game with her kids.

After just a couple weeks she reported feeling much more calm and hopeful. One of the first things she noticed was that these habits helped homework time go much more smoothly. Her children started behaving better. Her sleep improved and she felt more energy. And she even began realizing that she was a pretty resilient, strong human being and she really didn’t need to continue tolerating her marriage as it currently was.

Not all of the time, but more often than you might think, mood related struggles are really appropriate responses to crazy life circumstances. As a culture, we have lost the patience for going through difficult emotions and learning from them. Instead, we have developed an unrealistic belief that we shouldn’t feel bad, and if we do something is very wrong. But sometimes feeling bad is appropriate and we need wise people to help us through those things rather than drugs to numb the pain.

And yes, there are times when mental health issues are genetic. However, even when people have genetic propensities for mental health issues, this does not mean they will manifest these issues. Our genes are NOT our destiny. Thankfully, we can adjust our lifestyles and environments and influence our genes so the potentially troublesome ones do not express and the helpful ones power up and help us become our best selves. 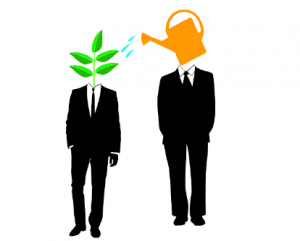 So, if you’re going through a hard time, or have had a lifetime of unresolved issues, don’t be so quick to take a pill. Find a good counselor or coach who understands that you have the answers and wisdom within you and you need someone to ask you good questions to help you figure out your own, unique answers. Find a practitioner who acknowledges you are a complex human and has some training in helping you craft a healthy lifestyle to optimize your mental, emotional, relational, physical and spiritual health. Find a practitioner who helps you take your health into your own hands, where it should be.

If you are interested in emotionally and physically focused wellness coaching with Lee Ann, contact her for a complimentary phone consult. Email at info@neurosource.net. Call (901) 624-0100.

Optimize Your Health with Magnificent Magnesium!

The 5-Year Old in Your Mind Has Far More Control than You Know!